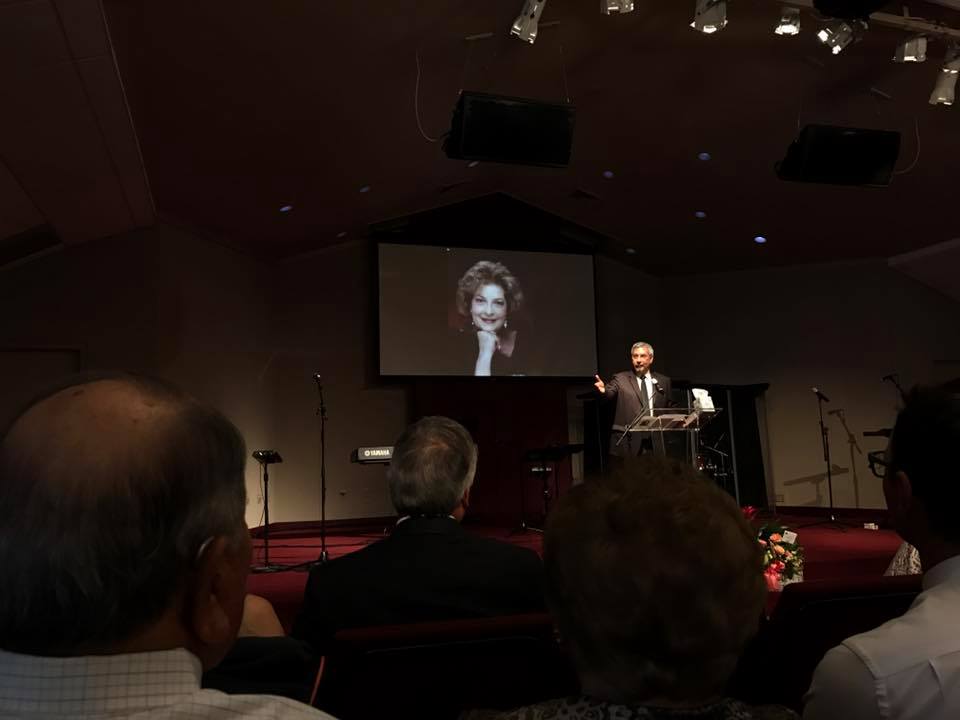 Posted on March 28, 2017 by John Prim
Uncategorized
Arlene was born at the Michael Reese Hospital in Chicago, Illinois on December 10, 1934 at 4:16 AM. Her parents were Thomas and Mathilda Rimer. She was their only child and dearly loved by her father and mother. She was taken home from the hospital to the family house on West Palmer Street in the Chicago community of Logan Square.
At 5 years of age, Arlene began to take piano lessons at the Chicago Conservatory of Music. This step into music was to be a lifelong pursuit in which she excelled. She not only developed a wonderful ability at the piano, but also began to express a true gift of God in her singing.
After the Second World War, “Tom and Mat” moved their family to Southern California, taking up residence in the Los Angeles suburb of Highland Park. There, Arlene went to Luther Burbank Junior High School and later Benjamin Franklin Senior High School. Arlene’s musical giftedness grew even more during these years. She sang at church, at school, at special events, on the radio, TV and in special groups like the Roger Wagner Chorale, all of which were done while maintaining straight A’s in school.
In 1953, she married Jim Prim and moved down south to San Diego County. They soon began a family together. John was born in 1954, Tony in 1955, Bob in 1956 and Joe in 1960. Four boys in six years made for some exciting times in the growing Prim household.
Throughout those years, Arlene worked at various jobs. She worked diligently at everything from Phone Operator, Administrative Assistant to Grants Specialist, working at notable events like the 1953 Boy Scout Jamboree in Irvine, California and notable places like the Scripps Institute of Oceanography, the University of California, San Diego, the University of Texas, Irving and the North Texas University at Denton. She was a hard worker who cared about taking care of her family.
She experienced challenging times in relationship through divorce and later, after remarrying, becoming a widow. Yet she continued to focus her energies on her growing boys whom she dearly loved. Her pride in her sons and their families was evident even to her last day on earth.
Though she fell ill in her last few years and never seemed to be able to recover from the physical challenges that she had, she never wavered in her love and devotion for her family. She was deeply devoted to her Savior, Jesus Christ and always lifted her family’s burdens to Him in prayer. She was significantly proud of her sons’ devotion to God as pastors and lay leaders.
In those last years, she developed a special way of signing off of a phone conversation. Instead of a simple “goodbye” or “see you later,” she would always say, “Goodbye for now.”
She gently breathed her last on Sunday, March 5, 2017 and was received into the arms of our loving Savior. She leaves behind more loved ones than almost anyone could count…four sons and their wives, 16 grandchildren and their spouses, and 19 great grandchildren. More than 40 family members have been affected directly by her life and will continue so into the future.
Arlene, a daughter, a wife, a mother, grandmother and great grandmother…we love you.
”Goodbye for now.”

One Reply to “Goodbye for Now”